Every dollar matched up to $50,000 until December 31! Give today.
Our SpeakUp® Mechanism

Nonviolent Peaceforce
How We Advocate 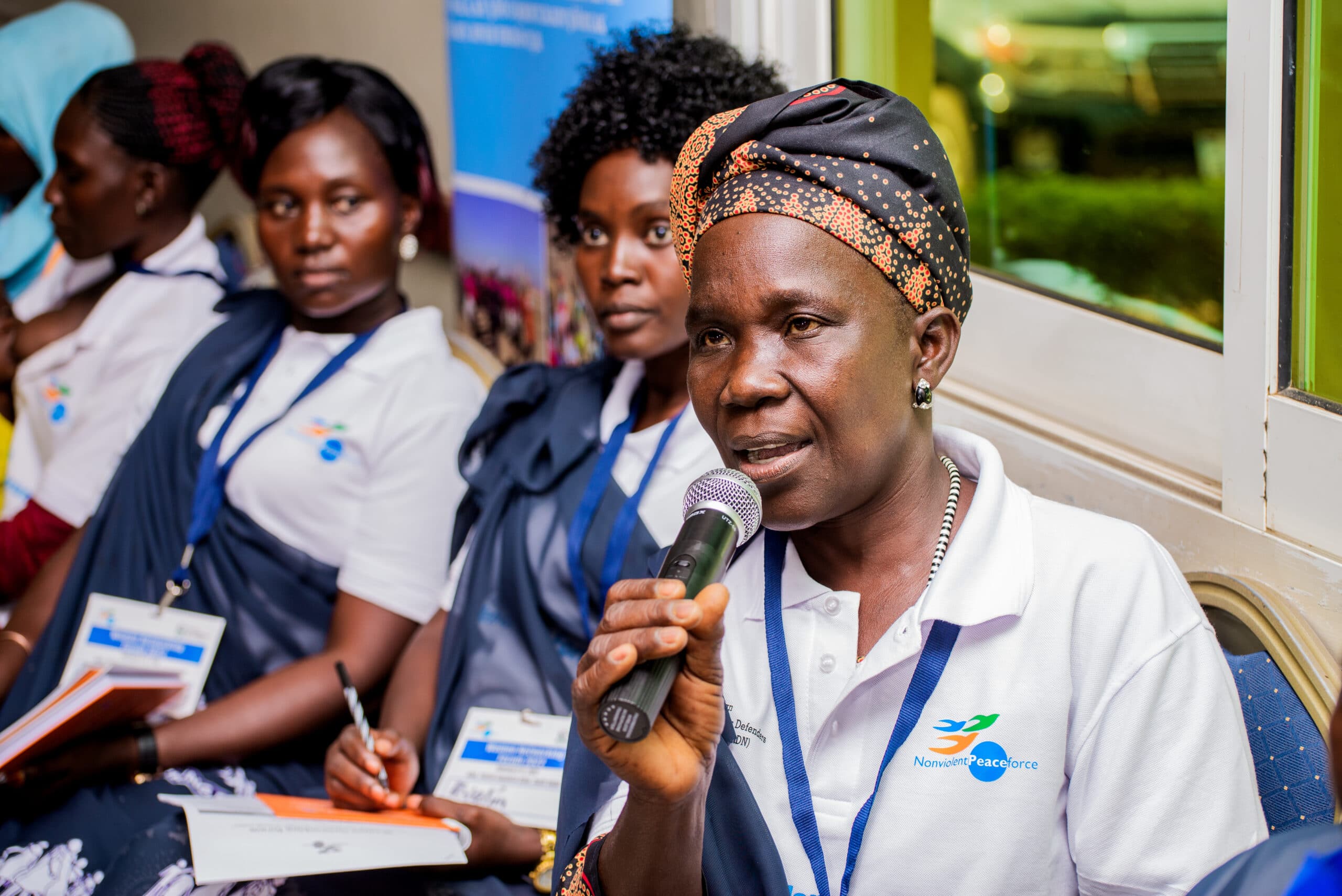 The need to advocate for protection

Our advocacy efforts are dedicated to interrupting cycles of violence and enhancing nonviolent responses to conflict. We focus on improving the protection of civilians from the perspective of the nonviolent and civilian-led practice of Unarmed Civilian Protection. Unarmed Civilian Protection as a policy and practice that interrupts cycles of violence, protects civilians and enhances nonviolent responses to conflict, in order to move us closer to a vision of a worldwide culture of peace.

NP's Advocacy at the European Union

NP engages with the European Union (EU) both in Brussels, at headquarters level, and through EU Delegations in the countries where NP is present.

Our team works on raising awareness and understanding of Unarmed Civilian Protection (UCP) among EU policymakers in order to increase political and financial support for UCP activities and better integrate UCP into the EU’s response to conflicts. In Brussels, our interlocutors include the European Commission, the European External Action Service (including but not limited to those working on the civilian and military missions under the EU’s Common Security and Defence Policy (CSDP), EU Member States and the European Parliament.

NP is also an active member of the European Peacebuilding Liaison Office (EPLO), a network of NGOs advocating for the EU to be more active and effective in supporting peace and nonviolent forms of conflict resolution in all regions of the world.

NP engages with ASEAN to connect community-level UCP with government decision-makers. In addition to ASEAN, we engage with state ministries of foreign affairs, civil society and women's networks, and universities (for example: Gadjah Mada University, Chiang Mai University, Prince of Songkla University, Chulalongkorn University, and University of Malikul Saleh). We have an important opportunity to support the vision of ASEAN as a people-oriented and people-centered organization.

Our team works to advocate for a transition from traditional peacekeeping to UCP, support women's participation in peace and security, document and share UCP with students and decision makers, and improve communication and engagement between community-level peace stakeholders and ASEAN member states.

NP's Advocacy at the United Nations

Our team advocates for the necessity of non-militarized approaches and the importance of unarmed protection as both a complement to traditional peacekeeping and a key ingredient in attaining sustainable peace to communities facing violence and conflict. Through our work, unarmed civilian protection has been included in 27 UN and UN-related policies, recommendations, and resolutions have recognized unarmed approaches for the protection of civilians.

NP's Advocacy in the United States

NP engages with the United States Congress and Government in Washington D.C., and through embassy presence in countries where NP is present. We also work closely with educational and research institutions, the humanitarian sector, and other UCP partners.

Our team works on raising awareness and understanding of Unarmed Civilian Protection (UCP) among policy and decision makers in the United States in order to strengthen political and resourcing support for UCP activities, and to better integrate UCP into the United States’ responses to conflicts. In Washington D.C., our interlocutors include Congressional members and their staff, US Government agencies, humanitarian and peacebuilding organisations, universities and policy think-tanks.

NP is also an active member of a number of coalitions working to advocate for better approaches to civilian protection, humanitarian aid, and peacebuilding, including Alliance for Peacebuilding, the US and Global Youth Peace and Security Coalitions, the Prevention and Protection Working Group, and InterAction.

Lobbyists who assist NP on a pro bono basis are Bobby Cunningham and Bob Van Heuvelen.

The future of NP's Advocacy work

A massive scale-up of unarmed civilian protection is needed. All present approaches for the protection of civilians—whether armed or unarmed—provided by governmental institutions and non-governmental organizations added together do not come close to meeting present needs. We need to continue to validate and share widely affordable and effective ways to protect civilians. We also need to advocate for adequate funding that is equivalent to the UN military peacekeeping budget—about $6.7 billion USD.

The Global Peace Index shows a steady 10-year decline, indicating that the level of conflict around the globe has increased.

An estimated 2 billion people live in fragile and conflict-affected areas of the world.

The result of ongoing, protracted violence is that 84 million people—the size of the population of Turkey— have been displaced by violent conflict.

Our advocacy efforts are dedicated to interrupting cycles of violence and enhancing nonviolent responses to conflict.

From teams in the field supporting civilians to directly advocate for their needs, to direct engagement in advocacy with parties to a conflict, to high-level political advocacy in key international fora.

Bringing local voices to international fora:
27
UN and UN-related policies, recommendations, and resolutions have recognized unarmed approaches for the protection of civilians.
3
years in a row that the U.S. Congress annual funding bill has included language advancing unarmed civilian protection.
15
country missions to the UN have hosted events featuring UCP. 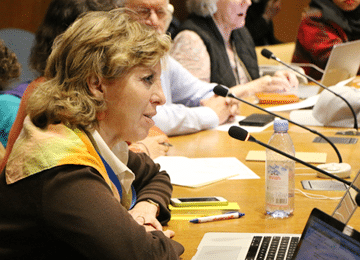 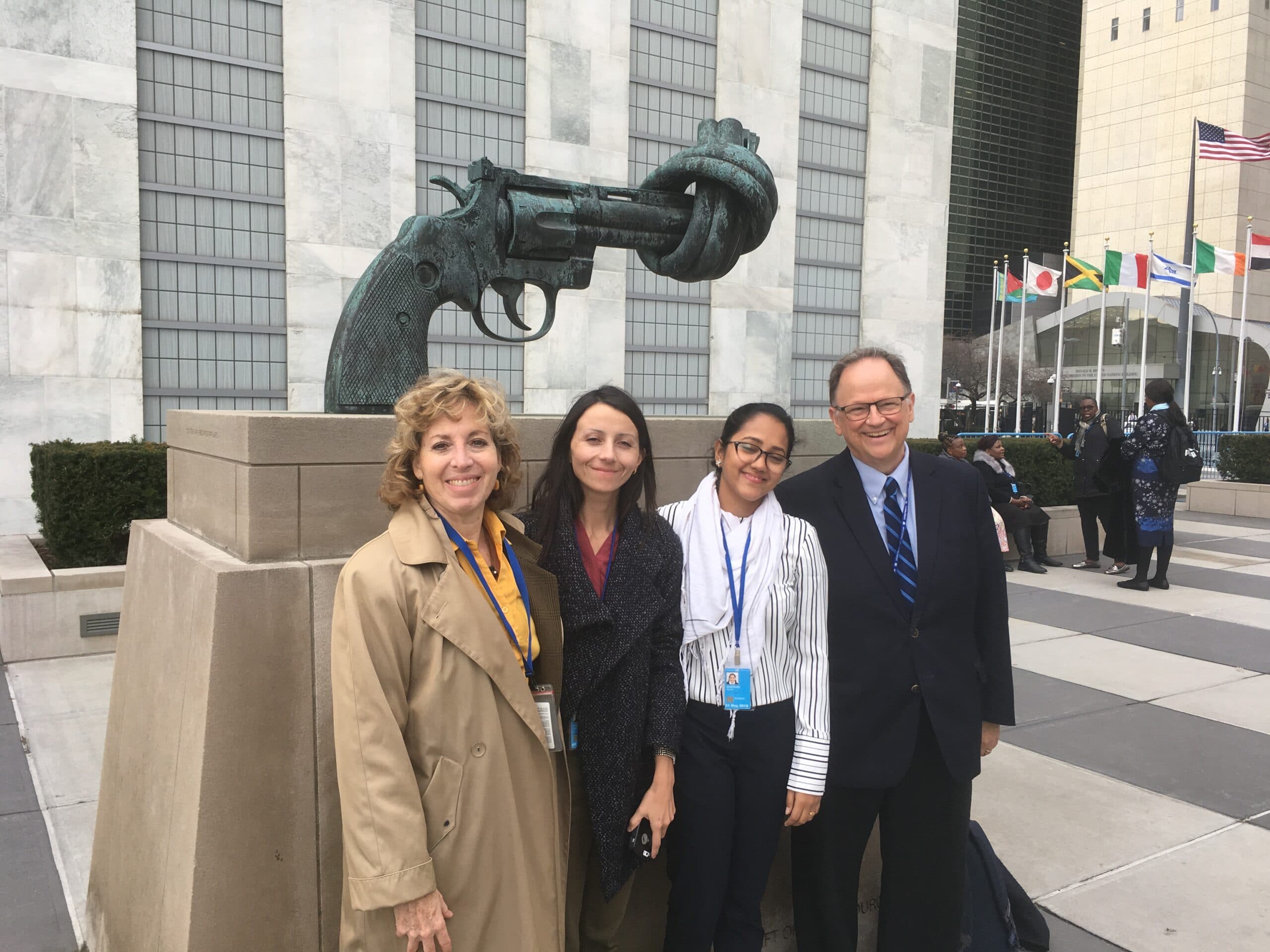 At the 2019 Commission on the Status of Women in New York.

WANT TO MAKE AN IMPACT? 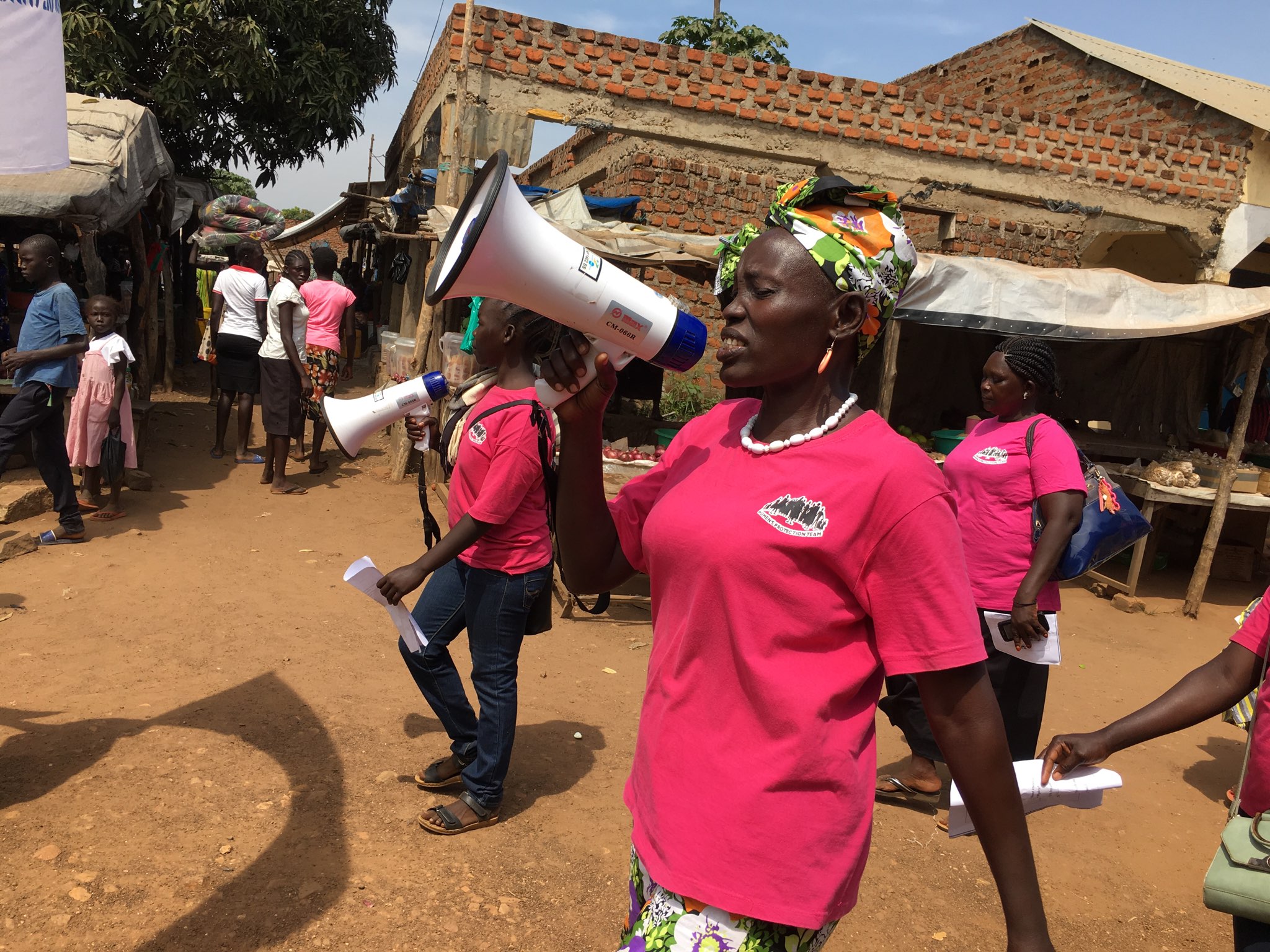